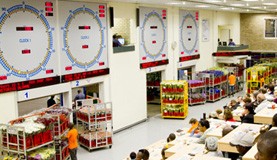 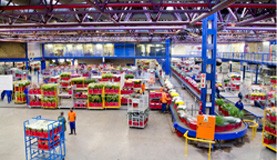 With some 600 flower growers on its books, Multiflora is the largest flower auction house in Africa with a staff of 144 people hustling to keep pace with the frenetic action of the daily auctions.

At least 80% of the flowers on auction at Multiflora are grown within 300km of Johannesburg. The rest come from the Cape, Natal and the northern regions of the country, as well as from as far afield as Kenya, Zimbabwe and other African countries.

The idea of a centralised flower market seemed utterly far-fetched in the early 1940s, but four out-of-the-box thinkers didn’t agree. On July 13, 1944, Jacob Toxopeus, GC van der Merwe, Willie Stock (who cleverly came up with the name Multiflora), and Jochem Toxopeus got together to decide on the basic structure of the company which, today, is the core of the South African flower industry.

Before this concept materialised, flower sellers hired tables at the Johannesburg Municipal Market, selling direct to florists, members of the public and street vendors.

By September 1975, Multiflora needed larger premises and moved to its present location at City Deep and the auction process was computerised the following year in 1976.

Today, Multiflora, with its 600 flower growers and about 400 buyers, has a turnover of R300 million a year … an incredible achievement for a business that started as nothing more than a bright idea in 1944!

Reasons to buy from us